I quit alcohol and here’s what happened 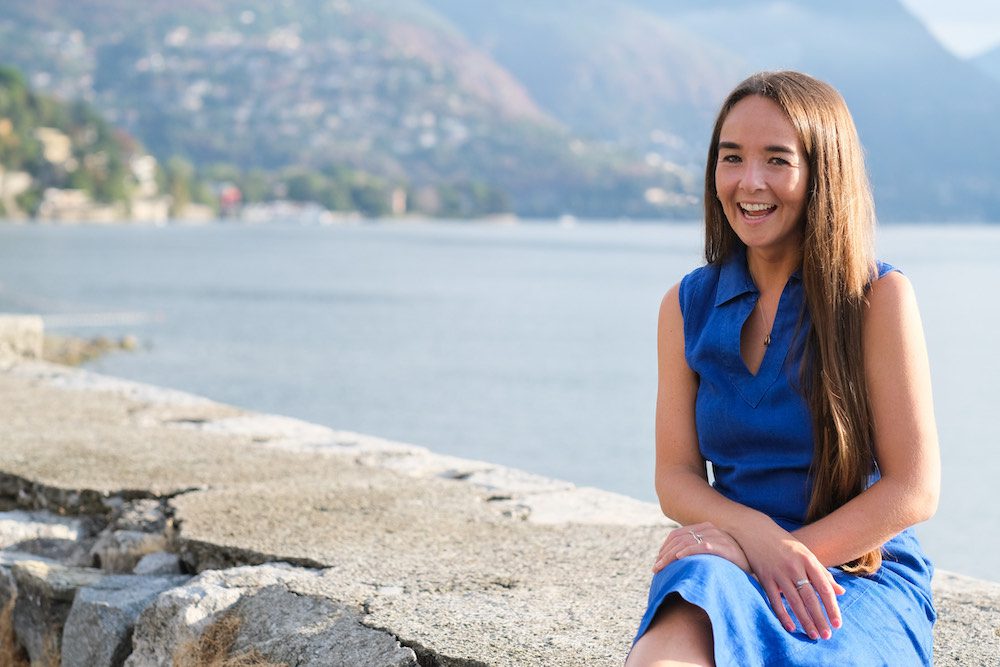 ‘I take a moment to appreciate this early morning run. Now, I’m embracing life from the early hours rather than chatting shit in the bar until the early hours,’ writes Madeline Gibson. Read her story of sobriety, plus coaching tips for quitting booze…

Madeline Gibson is a coach and Internal Family Systems (IFS) practitioner living in Lake Como. She is currently writing a book due to be published next year on how her life gained vibrancy when she removed alcohol and the incredible healing journey that followed.

My whole body is hot and sweaty.

I wipe my brow and look left then right, then left again.

The second day of a three-day work conference has dawned. This is my third time at this early morning ’til late night affair, which comprises presentations, trade-shows, networking sessions and free bars aplenty.

Seriously, where am I? I feel momentarily uneasy.

I turn to check my phone, then sigh with relief.

Oh, Google maps has loaded now and I’m only 20 minutes from the swanky hotel, so plenty of time to get back from my run and get ready in time for the roundtable networking breakfast.

I’m hosting one of the tables for ‘up and coming’ entrepreneurs in my industry, which I’m nervously excited about.

Before jogging on, I take a moment to appreciate that this early morning run is something I’d once judged other people for unfavourably. Now, I’m embracing life from the early hours rather than chatting shit in the bar until the early hours.

Not only were the nights of disturbed, anxiety fuelled sleep rough back then but the days, too, I spent darting from one place to another, abruptly leaving this presentation or that conversation, in order to avoid spewing over or having a panic attack alongside the other delegates.

That version of me was so preoccupied with trying to escape – from herself.

I leave the stunning, Luxembourg Palace Gardens, where I’d made a pit stop during the pinky-blue sunrise over Paris.

As usual, there’d been no route planned for the run. Curiosity as always was my only running mentor, although a little more strategy and ‘adulting’ was needed now to get back in time.

I spend the conference day connecting, interviewing others for a work-related social media account, having some interesting (and, of course, not-so-interesting) conversations, getting dressed up for the evening’s gala dinner, then ending the day around 11 pm. Full make-up removal, brushed teeth, PJs (and not formal dinner attire) on and tucked up in bed.

After returning home, the feedback I received from contacts old and new took me by surprise. From comments on how well I looked, my newfound notable zest or the clarity and focus-driven business-related endeavours I’d been chatting to people about.

Generally, people were actually following up with me and wanting to keep in touch after the quality and fully present conversations we’d shared.

No one, literally no one, emailed me after the conference to let me know they noticed I quietly sloped off by 10 or 11pm each evening.

Nobody called me to follow up and ask why I was such a killjoy not drinking, or to let me know they hated my authentic introverted ways over my faux extroversion of previous years.

Not even a single person contacted me to say that, based on the fact I was sober for the entirety of the traditionally boozy conference, they no longer wanted to know me professionally or personally.

It had been around eight months since I had decided to quit drinking by this point, September 2018. It started off as a Dry January thing. Then it became an ‘until my birthday in April’ thing. And now, September 2022, it’s an ‘it’s almost been five years and I’m still hooked and will be for the foreseeable future’ thing.

I’m not going to tell you embracing alcohol-free living has all been a walk (or Parisian sunrise run) in the park. It’s a big leap from absolutely ‘unimaginable’ to ‘better than I could ever have imagined’.

However, it is unequivocally something I would still recommend to anyone who might be questioning whether their relationship with alcohol is really serving them in reaching the potential they know they can in their life, work and relationships – including the relationship they have with themselves.

That said, a ‘white knuckling it’ sober month experience is probably not going to showcase the type of alcohol-free experience I’m talking about.

You’ve got to want to do it, I think. Or at least feel open to or hopeful about the concept being something that’s worthwhile embracing, worth going all in on.

If you only half commit to it, you’ll make it twice as hard.

Here are some more tips for going to networking or other alcohol-based events whilst kickstarting your sober journey of any duration:

If you’re like me and you have super independent, self-sufficient, ‘I can do this all by myself’ tendencies – yes, even you might find it helpful to consider having at least one person you can liaise with on the topic of your non-drinking status.

That way you can know you’re actually not alone, and you can feel mentally connected to your AF (alcohol-free) people when making decisions that feel uncomfortable and unusual in your present situation, whether at a wedding, a networking event or after a stressful day at work or with the kids.

There are loads of online communities out there for those who want to make a change and don’t feel that AA, for example, is the right avenue.

If networking events aren’t your favourite thing in the world, but your commercial astuteness (or something else) means you decide you must attend them anyway, go with a mission.

For example, your mission might be that you’re looking for people to feature as case studies on your website, or people to trial your products. Or you’re planning to post something on your social accounts about the people and businesses you encounter at the event – or whatever it might be – go with that mission in mind and share it with those you meet.

It will provide a talking point; it will help you feel focused and purposeful in your interactions (or at least distracted from the bar, whichever way you want to look at it); it will give people something to remember and a reason to follow up and hopefully, lead to a sense of accomplishment after the event, beyond the fact you’ve just nailed your first networking event resisting the lure of the free bar and its dutch courage fallacy value.

It’s unlikely that a single networking or other event is going to make or break your career or personal life, if you either show up and don’t drink, or if you don’t drink and you, for example, leave early.

If you’ve gone all in with your commitment to take a break from alcohol, the things that you’ll allow to jeopardise that have got to be few and far between. So if you’re feeling unbearably uncomfortable at the event, or leaving early feels like the best decision for you – just do it.

Do what it takes to protect your commitment to yourself.

If you would otherwise be waking up feeling like death warmed up, plan to bring as much contrast as you can to the morning after your alcohol-free event.

Go for a sunrise hike, book some pampering, go to a fancy hotel for breakfast with all the money you just saved not buying drinks, taxis and takeaways. Do something that will make you feel EPIC. You deserve it after all those mornings waking up feeling like a bag of shit.

Create as extreme a contrast as your life will allow, when planning your hangover alternative to really send the message to yourself that you’ve made the right decision.

You’re used to forgetting your keys, phone, purse, to drink enough water, this or that person’s name, or your dignity at booze-fuelled events.

You might also feel like you leave yourself behind, as one drink turns into three, into five, into seven. It’s hard to show up and be truly present with your comrades or acquaintances when you’re half-cut and that can impact the quality of your connection. You’re not really there.

You’re also blocking parts of you from showing up when alcohol steps in as a wolf in sheep’s clothing, bearing riches such as ‘the fun personality you’ve always wanted’. It’s easy to forget that you can have and be all of that and more without alcohol. But it’s a mirage that alcohol is a necessary component – your #bestself doesn’t need alcohol to shine. It’s already there. It’s there behind the fears that you can’t be that without alcohol.

Your confidence is innate. You only learnt that you needed alcohol to enhance it from external sources like Big Alcohol marketing. Reconnect within and you’ll discover that it’s not necessary to bear the hangovers, the cringe, the lost memories, the bad decisions. All that just kept adding to the fog over what was within you the whole time – the confidence to be and connect with others as you. Raw. Unfiltered. Alcohol-free.
What have you got to lose?